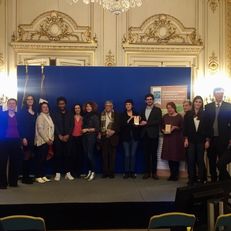 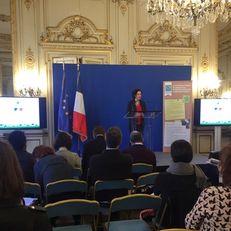 The 5th edition of the French Speaking Green Gown Awards, where six universities and colleges were rewarded for their best practices of sustainability on their campus took place on 13th February at the French Ministry of Ecology in Paris.

This edition of the Green Gown Awards happened at a critical time, as the student movements defending sustainability multiplied last year, like the Manifeste étudiant pour un réveil écologique (“Wake up call on the environment, A student manifesto”), a collective impulse initiated in September 2018 and signed by more than 26 000 students across France. Another proof that universities and colleges, as for companies, are more than ever invited to consider and integrate social and environmental issues in their activities.

The goal of the French speaking Green Gown Awards Ceremony, which was introduced by Emmanuelle Wargon, Secretary of State to the Minister for the Ecological and Inclusive Transition, was to reward the universities and colleges operating inspiring projects around sustainability.

A particular attention was given to the societal benefits, the innovative potential and the originality of the approach of each competing project. After reviewing the application files and hearing the live presentations of the projects carried out by the universities and colleges, the jury gathered and rewarded the following campuses:

This event is open to every university or college in France, Belgium, Switzerland, Luxembourg, Québec and the ones using French as main language. It represents the French speaking edition of the Green Gown Awards (in the UK, Austalia and with Universities part of the GUPES).